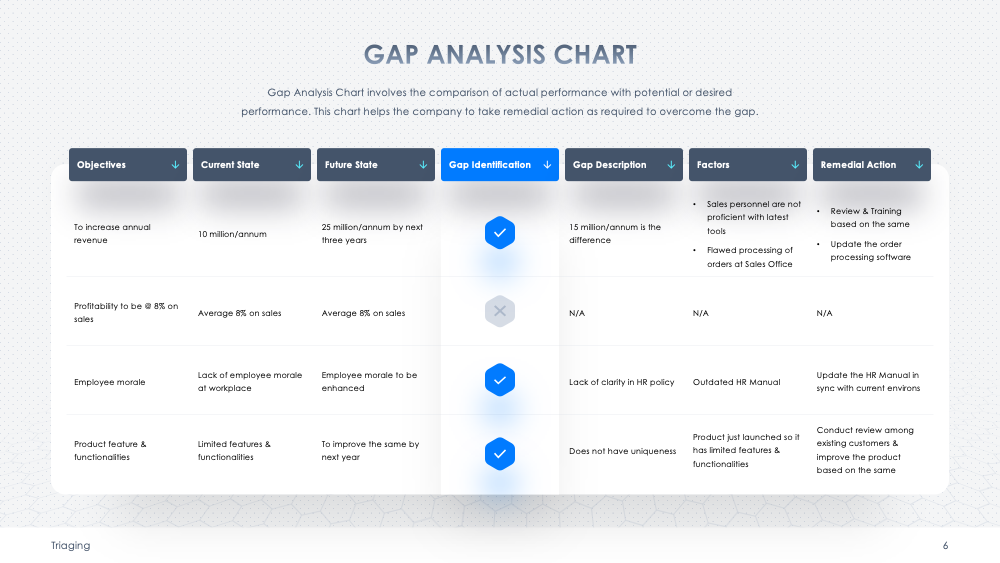 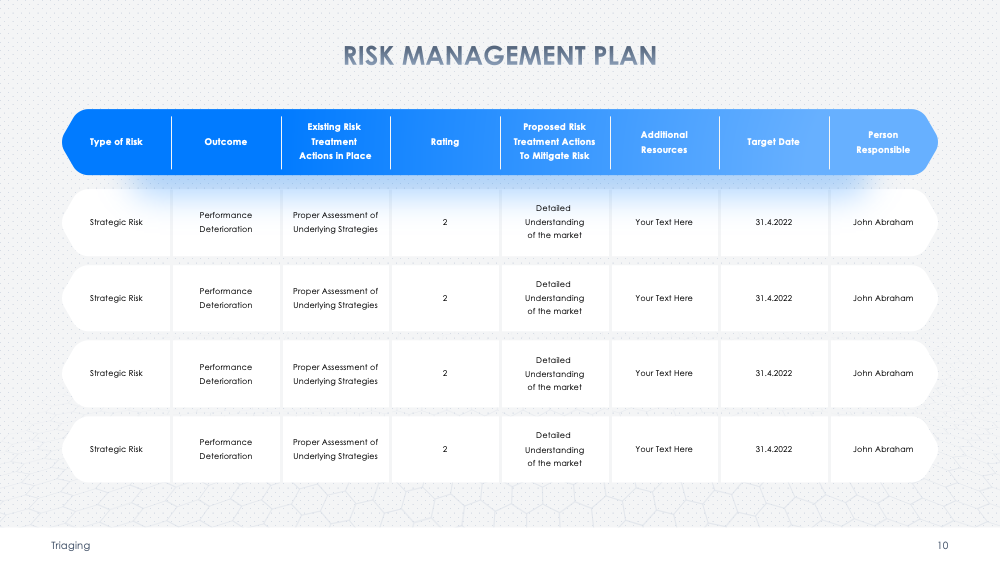 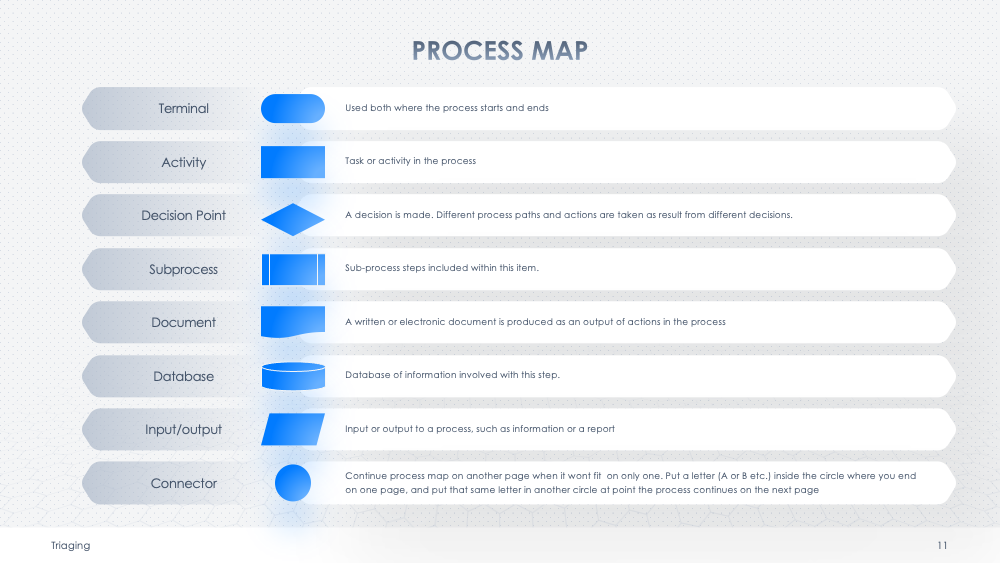 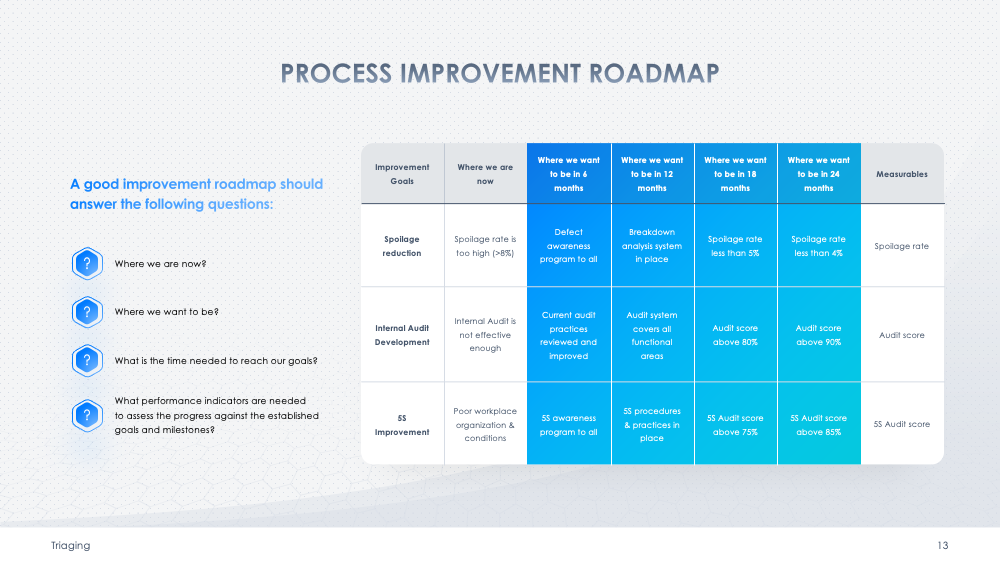 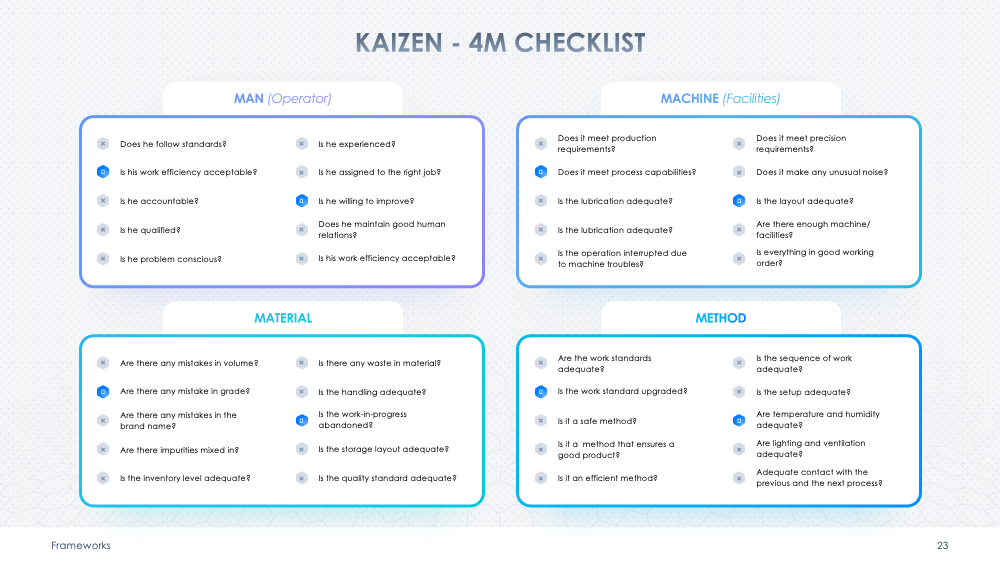 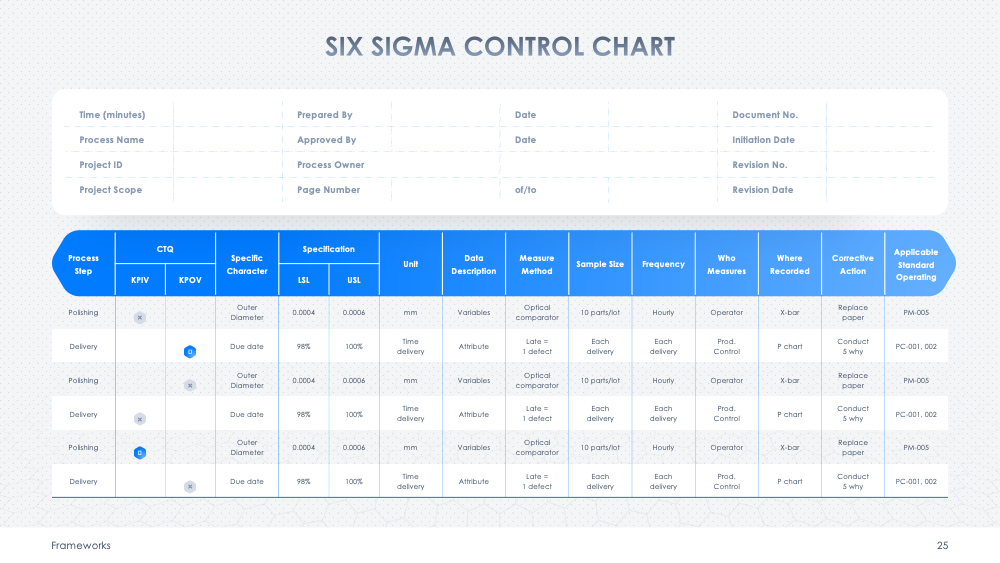 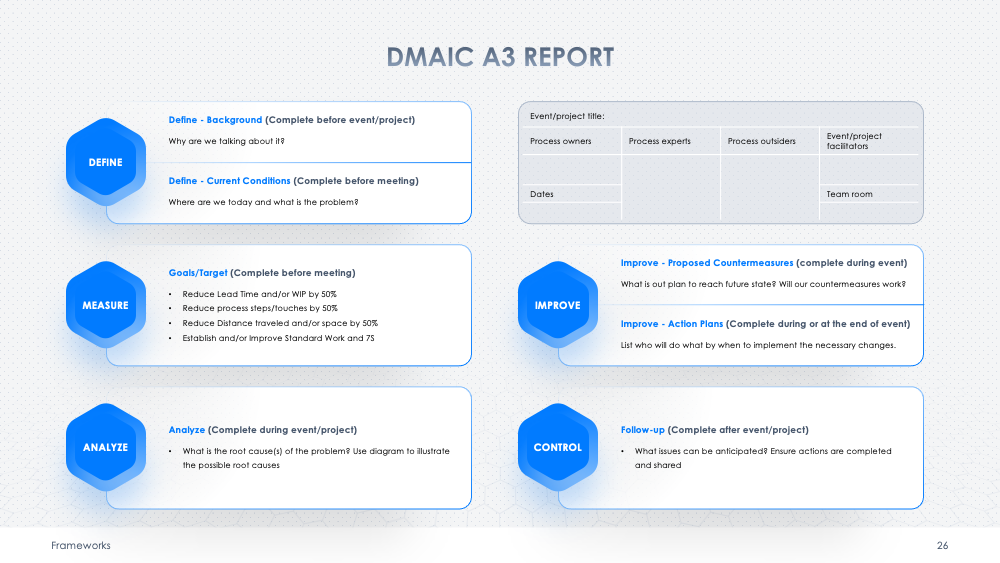 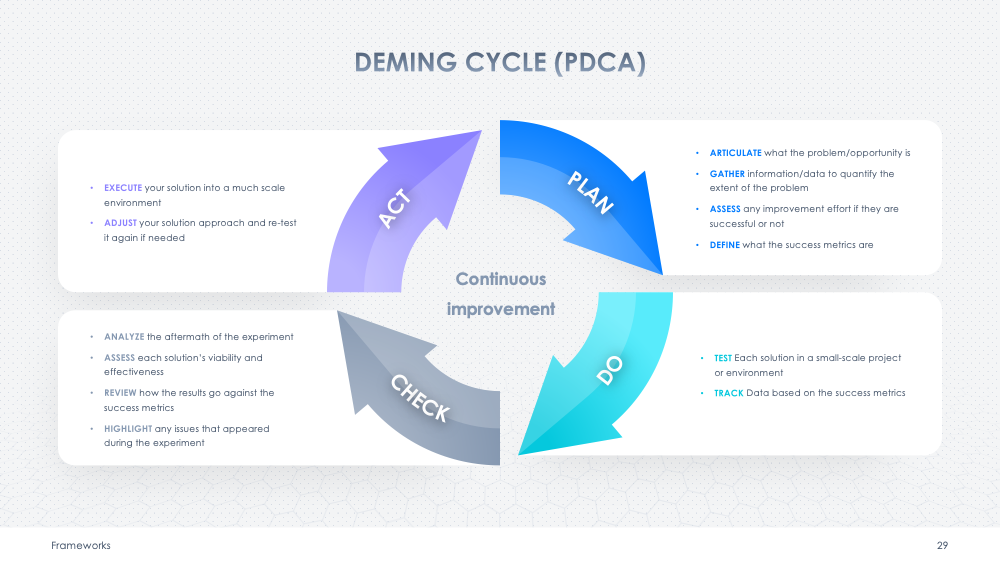 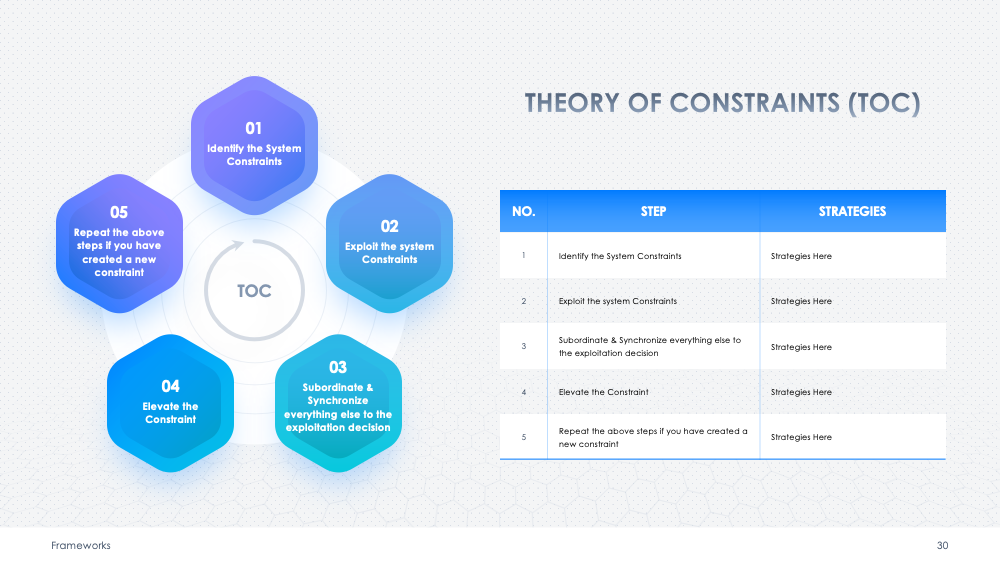 Have you ever wondered if effort or time is being wasted on outdated processes? Are you struggling to balance production demand with clunky workflows that slow down your team? You might need to implement process optimization. Our Process Optimization Methodologies framework includes the top tools every business needs to optimize its workflows. In this explainer, we'll cover the key takeaways from the framework such as root cause analysis, current reality tree, and the 5S Methodology. We'll also cover Toyota's Production System and show you how it can be applied to any business.

The objective of process optimization is to get rid of any processes that don't help you achieve a goal. When used correctly, the framework will improve everything from scheduling to inventory and most importantly, customer satisfaction. The results are proven. Let's begin with the system that began modern process optimization: the Toyota Production System.

During the 1970s, Japanese firms like Toyota optimized their factories to remove as much unnecessary work as possible. This ensured that they could accurately assemble their products in as little time as possible. For example, they would arrange workspaces in the most optimal configuration to reduce the time that workers spent twisting and turning. As a result, Japanese products were assembled faster and more reliably than their American counterparts.

The stated goal of the Toyota Production System, also known as TPS, is to create the highest quality products at the lowest cost with the shortest lead time. It's a guidebook that execs can use to parse out the different workflows they need to optimize, such as manufacturing, supply chain, and logistics.

The system has two pillars: The first is Jidoka, a system for automation based around error-detection. To function at the highest levels, people and technology must be integrated in a way where each compliments the other. Jidoka requires team members to stop and notify of any abnormalities and identify which ones were the result of human work and which were caused by machine work.

The second pillar is just-in-time, which focuses on – you guessed it – timing. Under this system, the available production time is divided by customer requirement, which is referred to as Takt Time. This is backed up by "pull production", a method of production control where downstream activities signal their needs to upstream processes. The standardization of these two workflows will create more value with less waste.

As Taiichi Ohno, the inventor of the Toyota Production System said: "All we are doing is looking at the timeline, from the moment the customer gives us an order to the point when we collect the cash. And we are reducing the timeline by reducing the non-value adding wastes." (Slide 32)

So how do you determine what processes need optimization in the first place? The answer is root cause analysis. This method of analysis begins at the surface level of a problem and seeks to uncover a deeper issue.

Taiichi Ohno used a tool called the 5 Whys framework as part of the Toyota Production System. This is a simple yet extremely valuable approach asking Why five times to get to the root cause of an issue.

As Ohno said, "Underneath the "cause" of a problem, the real cause is hidden. In every case, we must dig up the real cause by asking why. Otherwise, countermeasures cannot be taken and problems will not be truly solved."

To use this tool, start with the surface level problem and ask why. When that question is answered, ask why again. Repeat this process until you get to the fifth why, which is the root cause of your problem. (Slide 19)

Another root cause analysis execs can use is a tree diagram. The team begins with an apparent problem and lists out three symptoms that show the scale of the problem. With each symptom, the team can experiment and brainstorm possible root causes. Once all these causes are listed, they are narrowed down to the most likely actual root cause. (Slide 17)

The most common root cause analysis tool is a fishbone diagram. A problem is shared at the head of the fish. Then, different aspects of the production process are listed out in branches that make up the Fish's skeleton, with their possible causes of the problem listed underneath as the "bones" of the fish. (Slide 18)

Don't forget, you can download and customize these slides to your needs.

Another method to identify root causes is with a current reality tree. With this method, we are trying to define what to change in an organization to achieve a breakthrough in performance.

For example, inventory can be one of the biggest waste areas as it can often become obsolete and use up capital or labor resources. Prior to 2021, all modern car dealerships followed the "just-in-time" manufacturing system that Toyota pioneered. But this system faced major problems when automakers were hit by semiconductor shortages brought on by the pandemic. Ford and GM experienced production delays, leaving near-complete vehicles sitting around in factory parking lots because they were missing only a chip or two. Toyota was able to largely avoid these issues because it had strategically

How did they know to do this?

The Current reality tree framework operates under the "theory of constraints", which is a methodology to identify the most important limiting factors that stand in the way of achieving a goal. At the top of the tree is an undesirable effect. In Toyota's example, this effect would be a lack of supply to complete cars on time. This is a resulting symptom of a deeper common cause. The symptoms that contribute to this undesirable effect are then listed out and linked to other common problems. At the bottom of the tree are all of the underlying factors that contribute to this outcome. These conflicts are what need to be dealt with to fix the undesirable effect. (Slide 31)

Toyota had already experienced supply chain disruptions after Japan's 2011 earthquake, which caused it to confront this issue earlier than other automakers. After its suppliers were disrupted, Toyota built a database of 400,000 components linked to their suppliers. Before 2020, Toyota was able to ask its major suppliers, such as Denso or Renesas Electronics, to keep up to 50 days worth of supply on hand. By July of 2021, that increased to stockpiles with four-months-worth of supplies. Without an analysis of its current reality and constraints back in 2011, it wouldn't have been ready for the challenges of 2020.

Speaking of the pandemic: with so many labor shortages and supply chain issues, many companies are now looking to process optimization in the form of automation.

For instance, retailers like Starbucks plan to replace cashiers with tablets. Walgreens now uses automation to fill prescriptions.. and Sam's Club is using robots to clean their store's floors and scan inventory. These are all efforts designed to bypass labor shortages and streamline processes.

The 5S Methodology is a tool used to create higher-functioning workplaces in the same way. Designed for physical workflows over digital ones, the idea is to make a space make sense.

The 5S's stand for: Sort, Set in order, Shine, Standardize and Sustain. As you can see, the definitions are listed under each procedure, while the checklists can be used for stakeholders to list out important items that are often missed and need to be completed.

Execs can then use an audit scoreboard to check off what has been done. The scores are all added up at the end with a total score out of 30. (Slide 20-21)