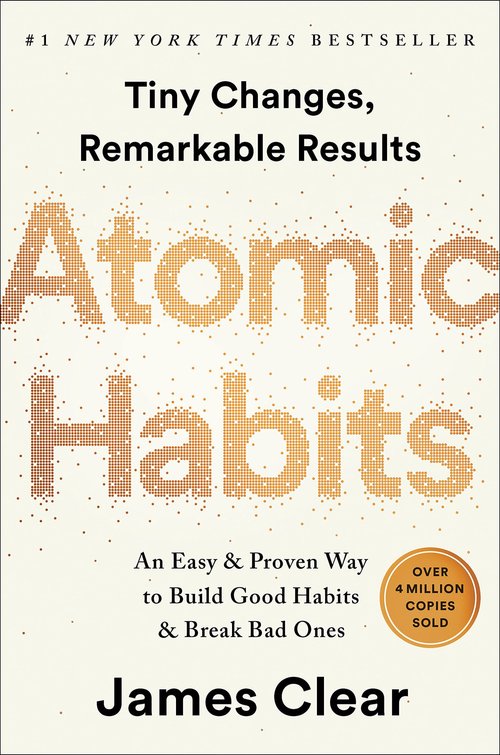 Atomic Habits by James Clear posits that the reason is that most people fail to understand what really makes a habit stick. Atomic Habits explores the psychology behind habit formation and demonstrates the mechanisms in the human brain that cause us to create habits. Then, it gives practical advice for how those mechanisms can be leveraged and manipulated for a person to stick to the habits they want to keep and avoid the ones they want to abandon.

How do we form habits?

In 1898, a scientist named Edward Thorndike conducted an experiment whereby he placed cats into a box designed so the cats could escape if they performed the right task. These Tasks could be to pull a lever or step on a plate. Once the cats discovered the correct action, a door would open and let them run to a bowl of food. When he first placed the cats into the box, they would experiment, and after a few minutes, they would discover how to escape the box.

In the beginning, the cats experimented randomly, but as Thorndike repeated the experiment, the cats would learn how to escape and become faster and faster each time. During the first three trials, it took an average of 1.5 minutes for the cats to escape. During the final three trials, it took them only 6.3 seconds. Thorndike describes the pattern of learning displayed by the cats as this: "behaviors followed by satisfying consequences tend to be repeated and those that produce unpleasant consequences are less likely to be repeated." If one wants to read a book or exercise as part of their daily routine, it is often viewed as a task of willpower. Many think that it requires mental and moral fortitude to do something that we don't actually want to do. But this is an inefficient way to form new habits which are, more often than not, destined to fall apart.

The process to develop a habit can be divided into a four-step process. First, the brain receives a cue to perform a certain action, or which is associated with a particular action. Then the cue triggers the brain to generate a craving to perform that action. Third, we respond to that craving through the performance of the action. Finally, we receive either a reward or consequence. If it is a reward, our brain is prompted to repeat the loop in the future and a habit begins to form.

Four steps can make a habit more likely to trigger this reward loop in the brain and, therefore, more likely to become a habit that endures. (1) Make it obvious. (2) Make it attractive. (3) Make it easy. (4) Make it satisfy. Each of these addresses one step of the loop mentioned above. People often glorify the achievement of hard tasks, but the reality is that the harder a task is to do, the harder it is to form a habit out of it.

This is exactly what the Japanese manufacturers of cars and electronics did. They made it as easy as possible for their workers to form habits and complete each task they needed to do as efficiently and accurately as possible. As a result, by 1974 American televisions received five times as many service calls as their Japanese counterparts. And by 1979 Japanese manufacturers assembled their sets three times as quickly as American manufacturers. Conversely, a bad habit can be broken if one inverts these four steps:

Here are some tricks that can be employed to fulfill these four steps: Design your environment to create as many cues for good habits as possible and make those cues obvious and impossible to miss. Pair a "want to do" with a "need to do." "I'm only allowed to watch Netflix after I run on the treadmill." Automate as many of your habits as possible. Invest in technology which makes it easier to do what would usually be difficult. Use reinforcement. Use an immediate reward after a habit is completed. "I'll organize my computer files at the end of the day, and when I'm done, I'll have a beer."

A case study on atomic habits in action

From 1908 to 2003, the British national cycling team was one of the worst in Europe. In nearly 100 years, they won only a single Gold Medal at the Olympics and never won the Tour de France, considered the greatest of all bicycle races, a single time. Then, in 2003, the team hired David Brailsford as performance director. The strategy Brailsford committed to was what he called "the aggregation of marginal gains" to make tiny, 1% improvements to everything the team did.

Brailsford's team slightly redesigned the seats of their bikes to make them more comfortable. They applied alcohol to their tires to slightly improve grip with the track. They asked riders to wear heated overshorts to maintain the ideal temperature in their thighs. They tested fabrics in wind tunnels to find the ones that were slightly more aerodynamic. They switched their outfits and wore indoor race suits outdoors because they were slightly lighter and more aerodynamic. They wore biosensors and tested different massage gels. They hired a surgeon to teach them how to wash their hands better to prevent illness. They tested pillows and mattresses that gave riders a better night's sleep. They even painted the inside of their van white to make it easier to see dust which would decrease the aerodynamics of their bikes.

Any of these changes, on their own, would not change the performance of the team in any meaningful way. But in aggregate, they made a dramatic change. By the 2008 Olympics, the British team won eight gold medals, four times more than any other team. In 2012 they repeated this feat with the added bonus of several world records and their first-ever Tour de France win. They then went on to win the Tour de France again in 2013, 2015, 2016, 2017, and 2018.

The true trick to self-improvement

When people focus on goals, they run into four problems: Winners and losers have the same goals, so it's not a good indicator of why some win and some lose. To achieve a goal is only a momentary change, and then you begin to want something else. You will inevitably not meet all your goals, so too much preoccupation with them can be mentally disastrous. Goals aim for a specific thing, not sustained change, and are at odds with long-term progress. Don't become preoccupied with goals — instead, focus on sustained systems of change. Think of it like this: it's nearly impossible to go from zero to 100% improvement, but it's much easier to go from zero to 1% to 2.1%, then 3.3%, and so on.