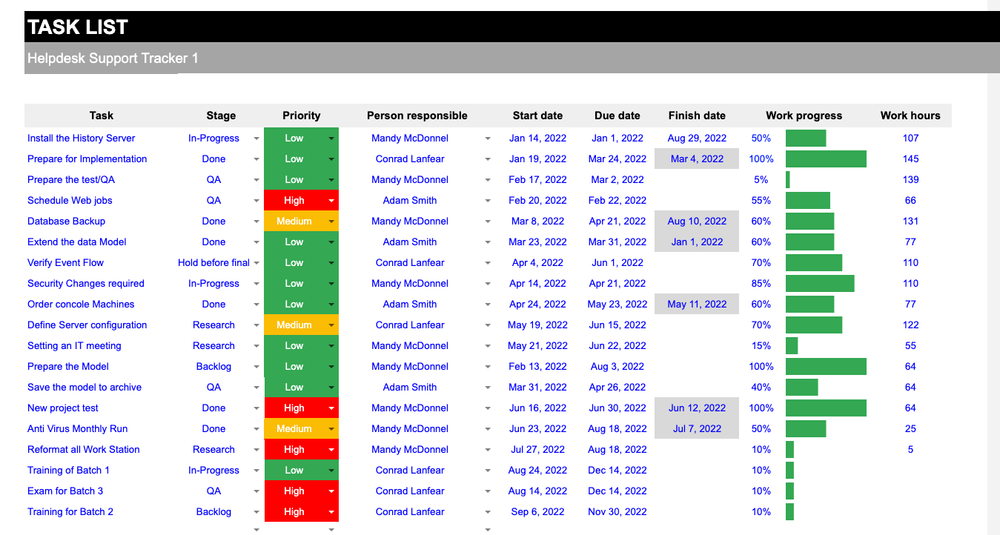 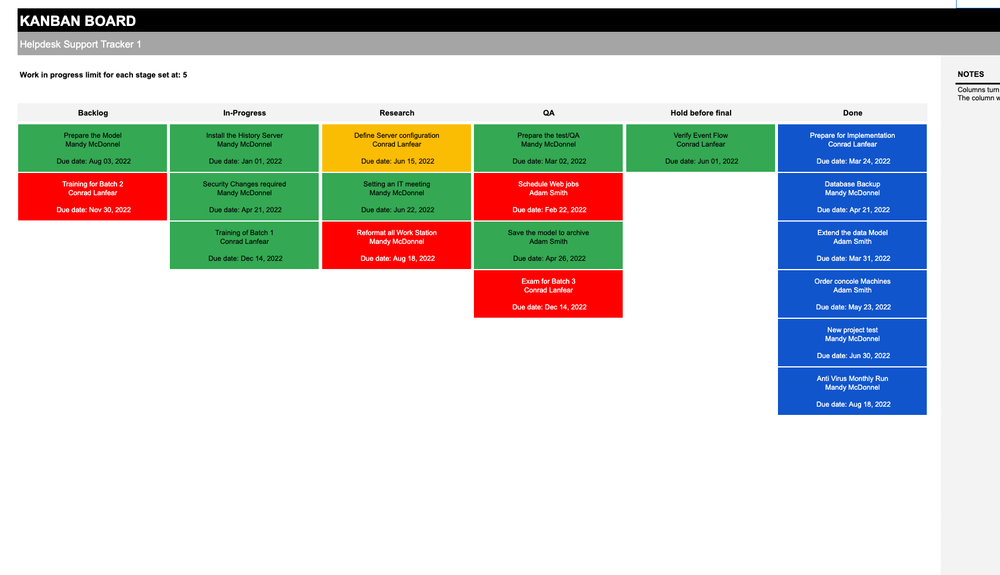 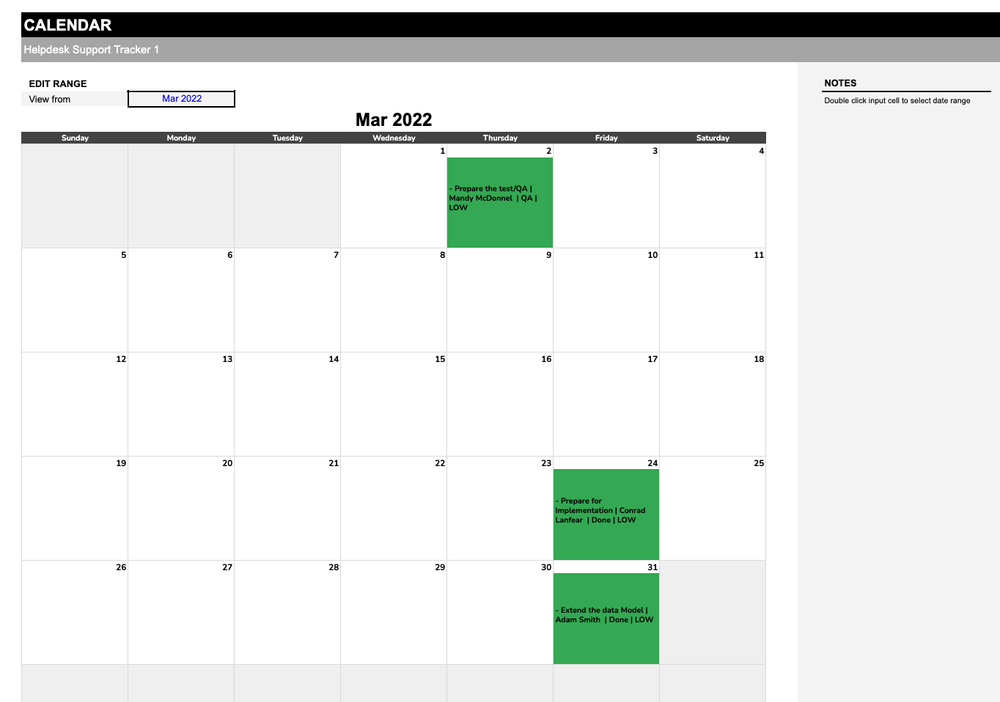 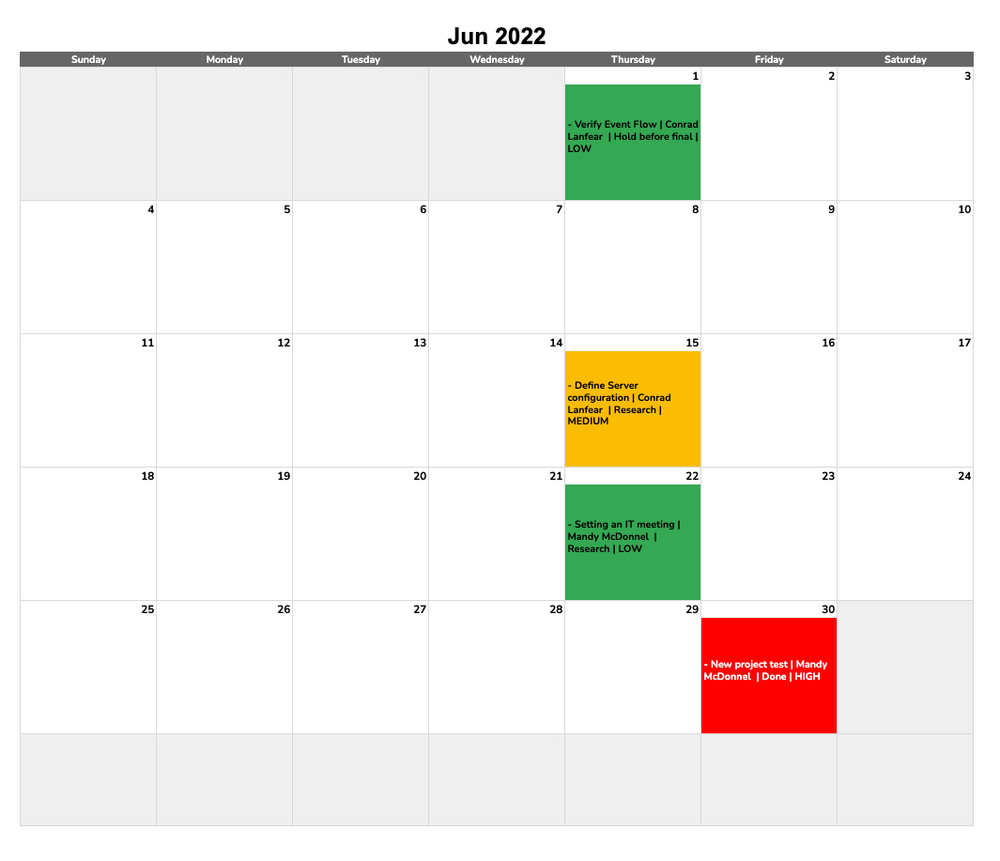 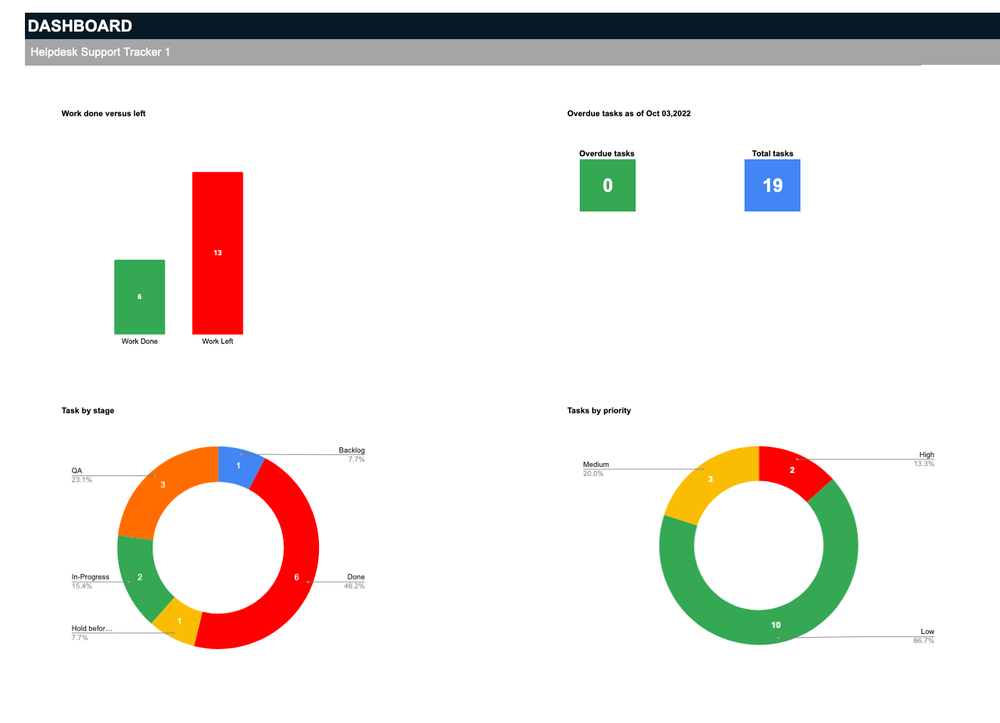 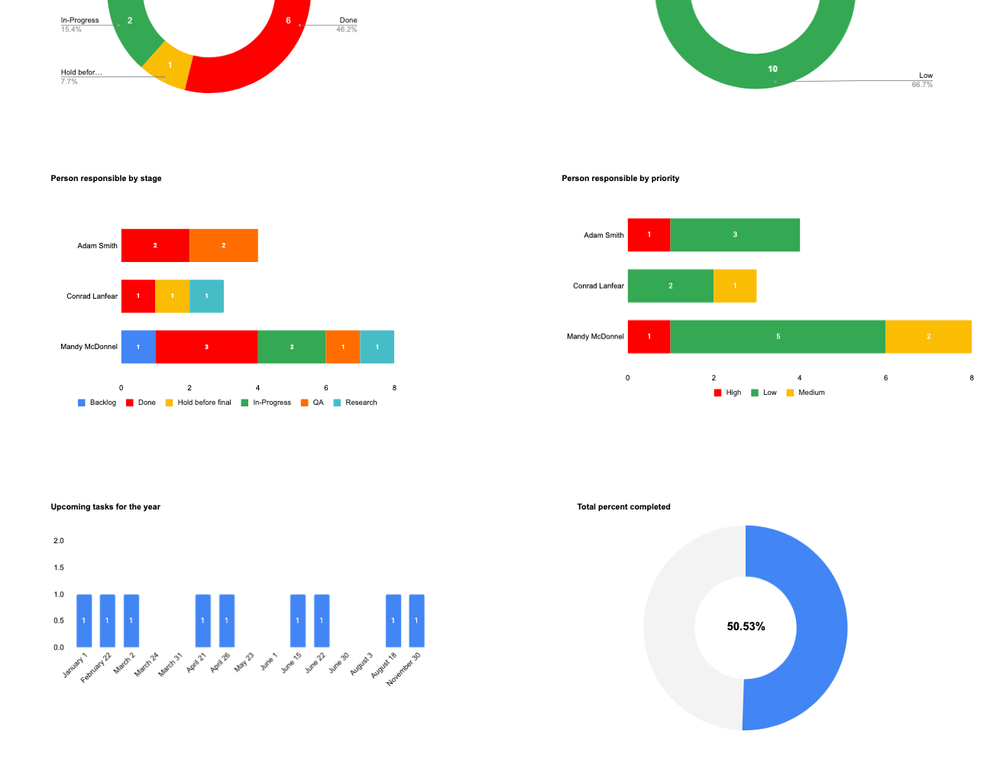 What is "Kanban"? Kanban is a project management framework that uses a notecard visualization to style cards on a board so team members can easily see where each task or project is in a series of workflow stages. The Kanban system, invented at Toyota, helped transform the automaker from selling less than three hundred cars a year to one of the largest automakers in the world and making hundreds of billions in revenue as of 2021. Below, we explain Kanban and its origins, how a "Kanban Board" works, and how you can download and customize the Kanban Board spreadsheet template we created to get started.

The Kanban system was developed by the industrial engineer Taiichi Ohno at Toyota in the 1950s. The term Kanban comes from two Japanese words, "Kan" 看 which means sign, and "Ban" 板, which means board, aka "signboard." The term was popularized in Japan around the 1600s when the economy took off, and Japanese towns were flooded with competing businesses that needed artful signboards to stand out and compete for customers. This tradition has continued to the neon, LED, and 3D billboards that populate Japanese cities today. The best of these signboards communicated their core value in as clear and concise a way as possible.

Ohno's Kanban system uses signs cards on a signboard to visually show what stage a task is in, and prompt viewers on which actions to take next in a process workflow. In Ohno's own words, the system was designed, "to produce only what is needed, when it is needed and in the amount needed." Ohno invented this system at the behest of Toyota CEO Kiichiro Toyoda, who wanted Toyota to compete with the productivity of American car companies in under three years. However, the company was in such rough shape they couldn't even hire any new employees. They didn't have the equipment Americans had, and couldn't hire new people, so they had to develop an internal system to increase their productivity.

Taiichi Ohno worked his way up to the machine shop manager and eventually became a director. During this time, he identified seven key areas of waste that contributed to reduced performance at the company. In particular, they faced issues of overproduction and raw material stockpiling, which created waste when consumer demand would fluctuate. So Ohno needed to create a system to signal when a new product was required, that could be shared with the production line and the raw materials supplier at just the right time…

The epiphany came in 1956 when Ohno went to the US and visited the American supermarket chain Piggly Wiggly. The system inspired him to use paper cards across the entire supply chain to track demand and signal actions as needed, and the Kanban system was born. These cards would be attached to the production line until a card was finished. The card would then be attached to the car, and once it is sold, the card would go back to the production line. Only when the card would return to the line could the workers start developing a new product. Even then, cards would be held in a "pending queue" until they hit a specific number, which indicated there was enough demand to continue. (Source)

Cards weren't just used for cars - but every material in the production process had its own Kanban card so that suppliers would work off the same system. This reduced stockpiling, improved efficiency, and provided visibility throughout the whole supply chain. By 1964, the Kanban system spread throughout the whole company and was used across all processes at Toyota. It eventually led to the larger Toyota Production system, which you can read more about in our Toyota Production System book summary of the same name, or watch a video about as part of our Process Optimization Methodologies presentation template framework explainer. This all helped turn Toyota into the major automaker it is today, neck and neck with Volkswagen as the world's largest car company with hundreds of billions in sales.

Digital kanban boards today incorporate colored-coded columns, which represent each separate work stage, and cards, which represent individual tasks or projects to be accomplished. Kanban boards also typically come with what's known as "WIP" limits, which stand for "work-in-progress" limits. These limit the number of tasks in a given column/stage, so no one stage gets backlogged and becomes a bottleneck. Swimlanes can be used to separate tasks across teams, activities, or types of service. (Source)

Digital Kanban boards like Trello from Atlassian utilize the Kanban system and offer additional functionality to organize information about each task and product. This way, Kanban boards can be used to manage personal to-dos, build an editorial calendar, or manage a sales pipeline. They can help manage a product development roadmap or track a recruitment funnel. But most organizations and product managers don't need advanced software to create their own Kanban board. As Toyota showed, all you need is a clear picture of your workflow, and a way to visualize your project as it transitions through each stage.

We have created our own Kanban Board spreadsheet in Excel or Google Sheets that you can download and customize to track your workflows. We'll now quickly show you how to use this Kanban Board to bring Toyota-level efficiency to your next project.

First, enter all the tasks for a current project on the task list. Assign each task its stage, priority, responsible owner, and start and due date. Then, track the work in progress with the progress bars, how many hours it took to complete, and once completed, its final finish date. To edit these dropdowns, you can use the fields tab, to add new responsible team members, stages, and priority levels. You can also set your work-in-progress limit, which is a critical part of Kanban.

View your tasks on a Kanban board

Now, go to the Kanban board, and you will see each task, color-coded by its priority level, according to what stage it's in.

If a certain stage has reached its WIP limit, the stage column will gray out. This visual backlogging of tasks is used to manage projects so no one part of the workflow gets overwhelmed.

View your tasks on a calendar

If you prefer to sort your tasks according to their upcoming due date, a calendar visualization sorts the task by the first due date on your list, so you can see a full 12-month calendar view of all your upcoming tasks.

View your tasks with a dashboard

And the dashboard tracks the total amount of tasks that have been completed against those left to be finished, as well as how many tasks there are assigned to each person and across each stage.

And that's everything you need to know about Kanban. Don't forget, you can download and customize this Kanban Board spreadsheet for your own project management needs to save time and hours of work.

And if you want more spreadsheet tools to help you accomplish your most important goals, check out our To Do List spreadsheet template as well as our Task Tracker presentation template for alternative task tracker visualizations and project management tools to get your work done on time, every time. 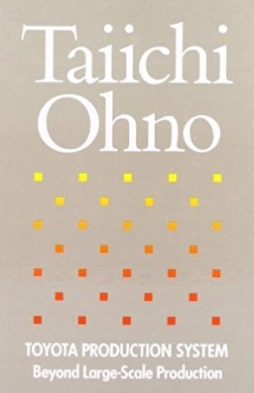